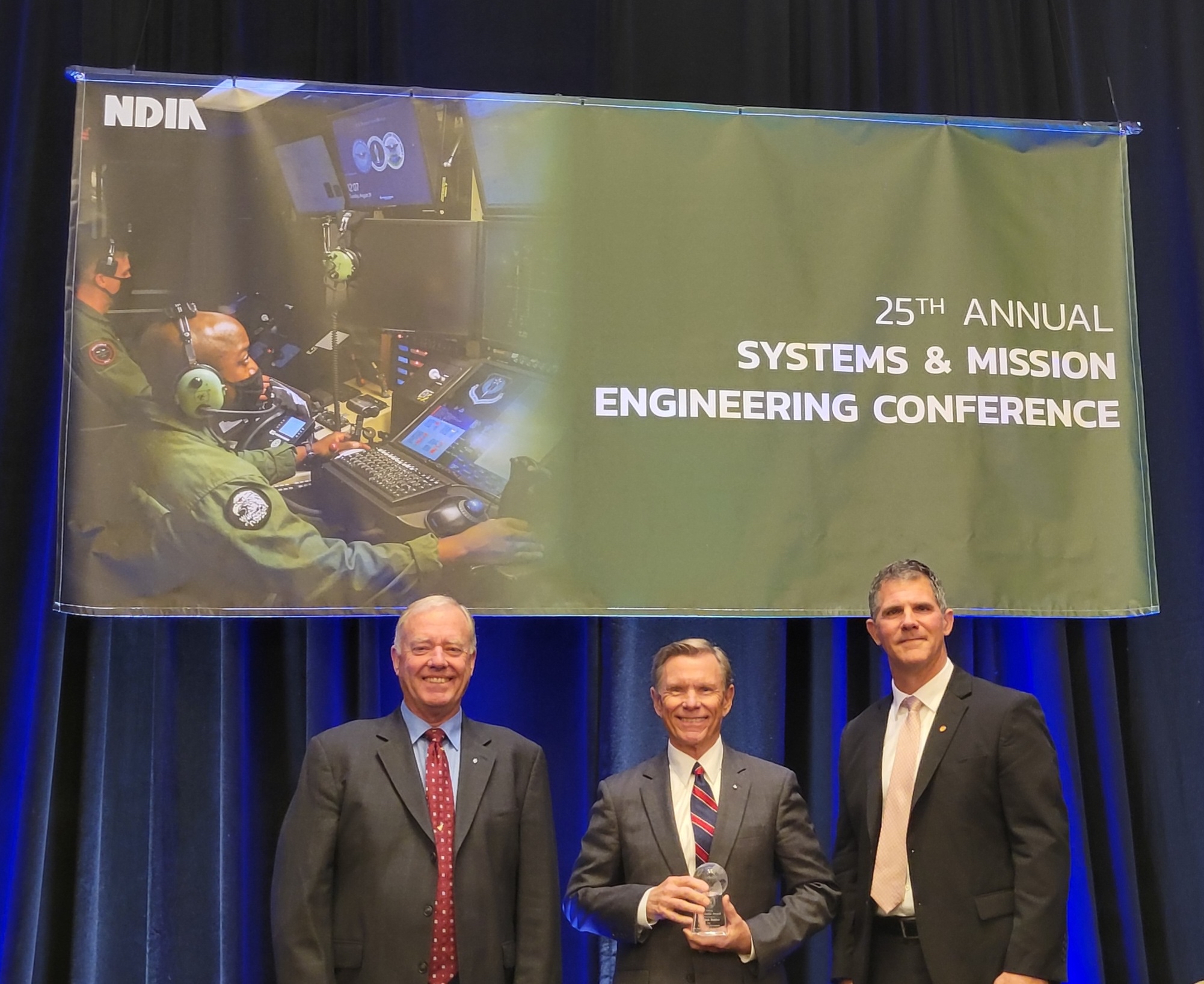 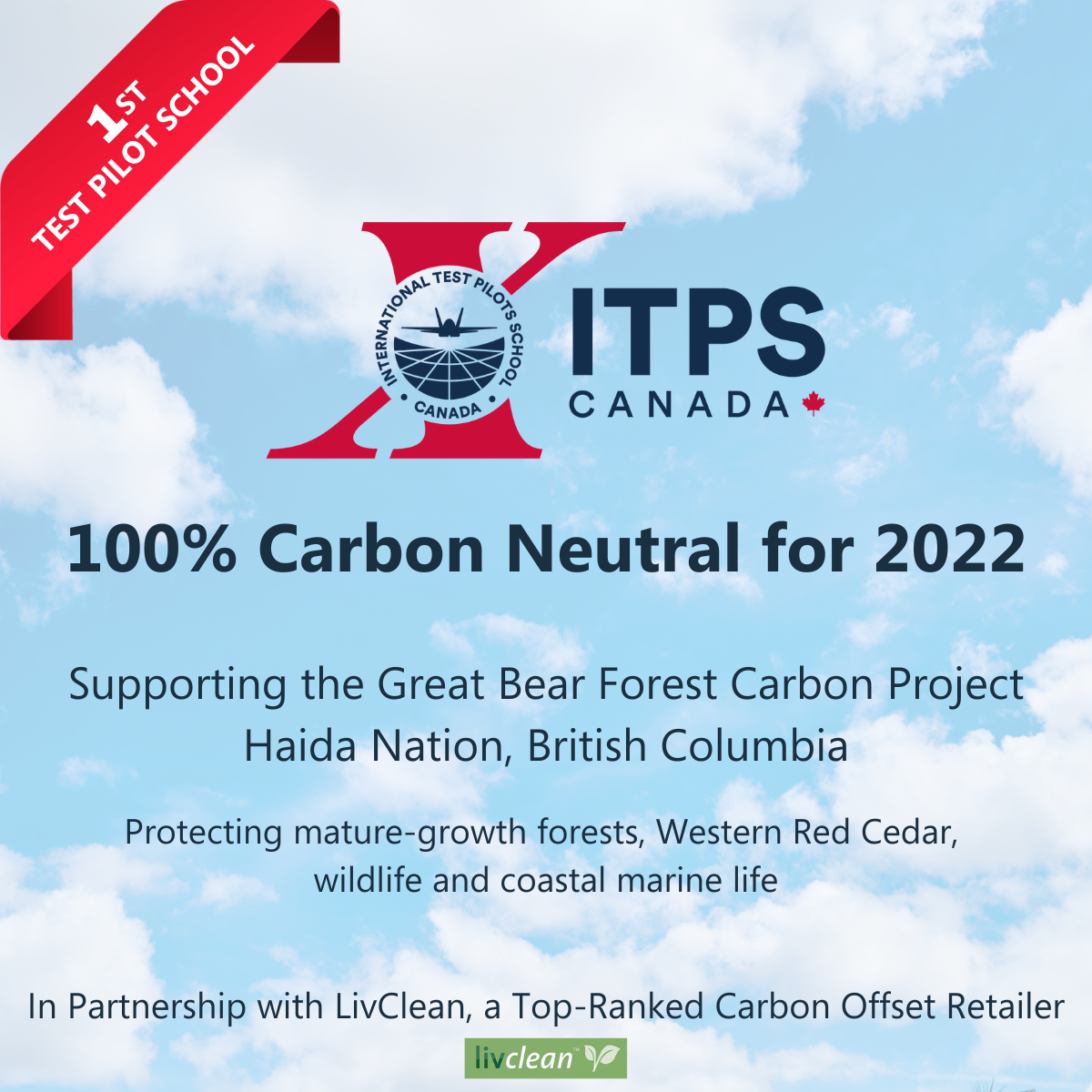 The SETP online store will close for the holidays starting 14 December 2022. Please make all purchases by 12 December to ensure shipping before 14 December. The store will reopen 3 January 2023.

"It's time for us all to take responsibility. Our partnership with LivClean and the Great Bear projects means ITPS Canada's carbon emissions from flying will be completely offset, making us the first test pilot school in North America to be 100% carbon neutral," says Giorgio Clementi, President of ITPS Canada. "This demonstrates ITPS is committed to climate action in aviation." 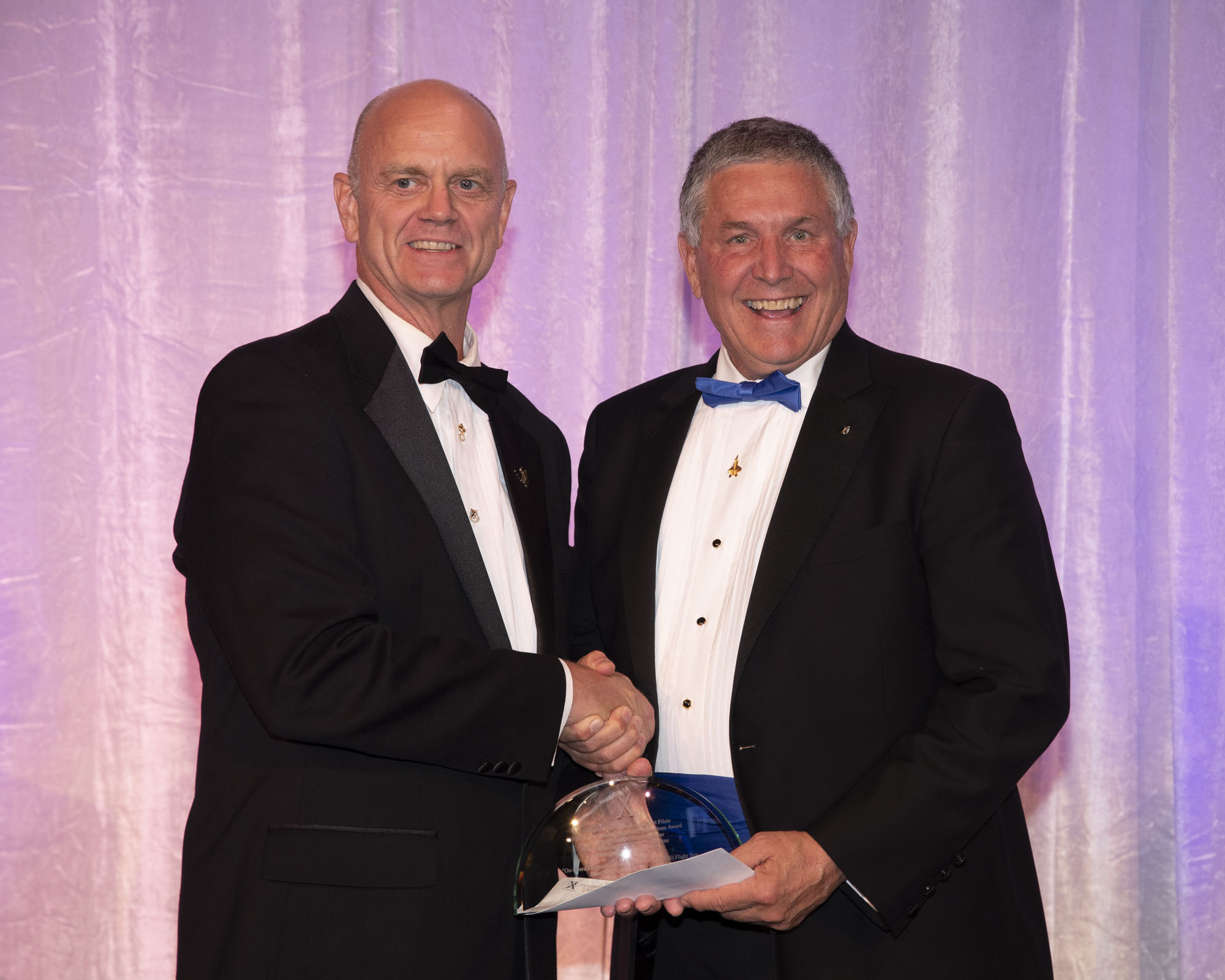 ITPS is pleased to announce that Billie Flynn has been appointed Vice President Technology & Strategic Development. Since joining us over a year ago Billie has made excellent contributions to our projects, curricula and instruction.

As a 5th Gen Fighter Subject Matter Expert he is providing essential advice and guidance on the development and services at the International Test Pilots School and the International Tactical Training Centre (ITTC). His experience flying the world's most advanced 5th Gen fighter is being leveraged to develop a 5th Gen Technology Roadmap to ensure that the ITPS/ITTC 5th Gen platform and curriculum prepare fighter pilots and test pilot students for advanced fighter aircraft.

On the tactical side, Billie will advise on technology and curriculum development for the International Tactical Training Centre (ITTC) programmes, delivered domestically and worldwide, to reflect the necessary advancements to properly equip today's fighter pilot trainees for tomorrow's service fighter aircraft.

Billie is a former Royal Canadian Air Force fighter pilot and test pilot. Billie's over thirty-year flight test career includes stints at Edwards AFB testing fighter aircraft, DASA (now Airbus, Manching) testing Eurofighter and at Lockheed Martin testing the F-35. He retired from Lockheed Martin as Senior F-35 Test Pilot and Fellow after a long and stellar career evaluating all variants of the F-35 and extensive F-16 testing. Billie is a Fellow and Past President of the Society of Experimental Test Pilots.

When asked about his new role at ITPS, Billie commented, "I am excited to support ITPS as it grows and leverages technology advancements to provide world-class instruction for future test pilots and flight test engineers. The future looks very bright indeed for ITPS."