Dear Members, It has been brought to our attention that some of you are having trouble logging in to the Members Only portion of the website. We are working to resolve... Read more

To promote the various digital collections the National Aerospace Library has developed in recent years (including among others the Library's e-Book service, Heritage web-site and the Mary Evans Picture Library... Read more 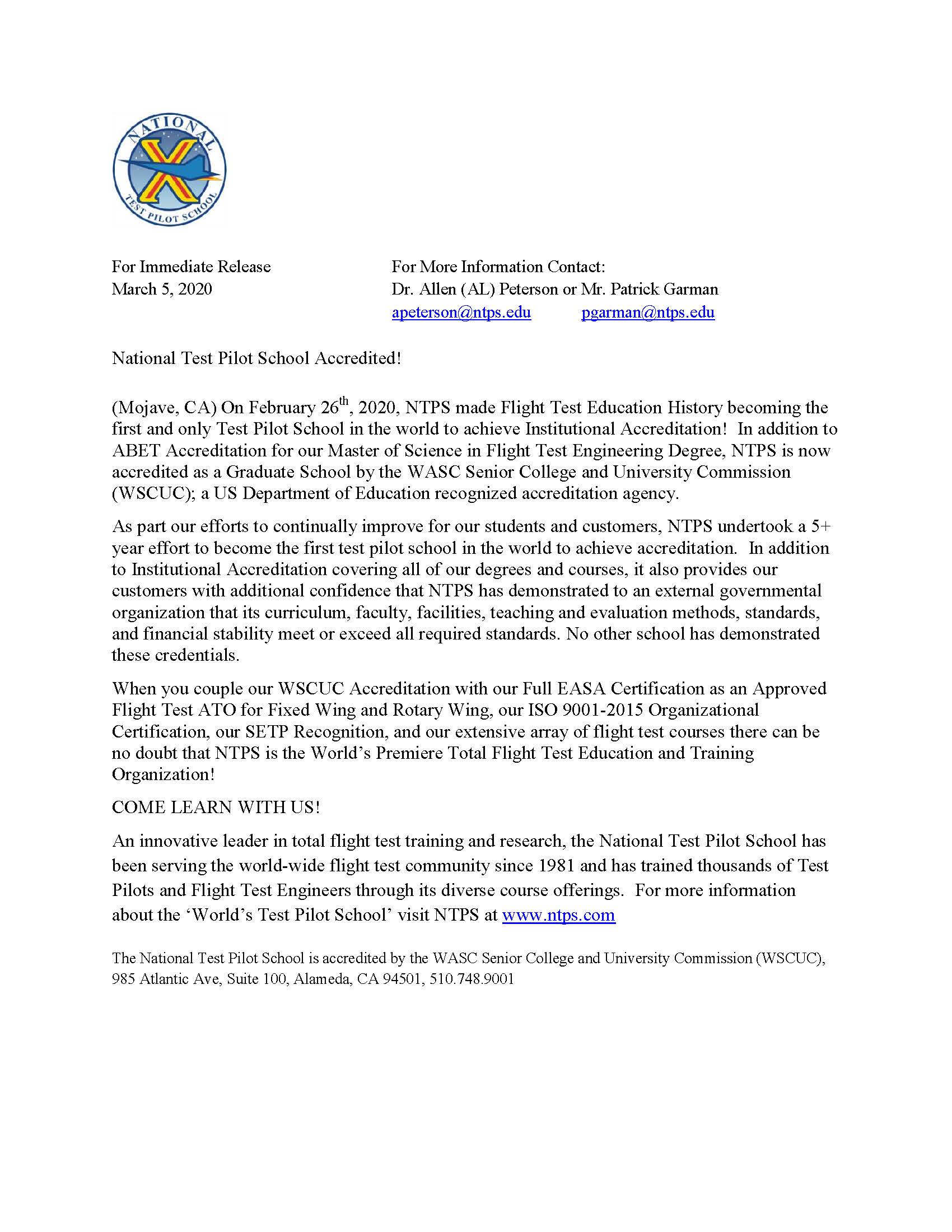 The Society of Experimental Test Pilots is an international organization that seeks to promote air safety and contributes to aeronautical advancement by promoting sound aeronautical design and development; interchanging ideas, thoughts and suggestions of the members, assisting in the professional development of experimental pilots, and providing scholarships and aid to members and the families of deceased members.

It has been brought to our attention that some of you are having trouble logging in to the Members Only portion of the website. We are working to resolve this issue and will update the Membership as soon as it has been fixed.

To promote the various digital collections the National Aerospace Library has developed in recent years (including among others the Library's e-Book service, Heritage web-site and the Mary Evans Picture Library web-sites such as shown in the NAL Quick Links below) which people can still access if they are working at home or 'stuck' indoors, I have been busy compiling a series of articles for the Royal Aeronautical Society's Aerospace magazine to promote these services to those who are facing increasing social isolation during the coronavirus outbreak.

to which the very latest additions include a historic sound recording of Major Frederick Michael Green in which he recalls his experiences of the early days of developing aircraft at the Royal Aircraft Factory at Farnborough and recording of a 2008 lecture by Pat Norris on the operation of spy satellites during the Cold War.

The specific links to the sound recordings are (just click on the arrow button to 'Play'):-

The specific links to the sound recording is (just click on the arrow button to 'Play'):-

SETP is sorry to report that due to COVID-19 we have made the tough decision to cancel the European Symposium that was scheduled to be held in Hamburg, Germany the first week of June. If you have already registered for this on our registration site, you will receive a refund from SETP next week. Don’t forget that you should contact the hotel directly to cancel your reservation in Hamburg. Unfortunately, this event has not been rescheduled and we will continue with the planning for the next European Symposium in 2021 to be held in Spain.

If you have any questions please contact  This email address is being protected from spambots. You need JavaScript enabled to view it..

As of now, the following Symposia have been canceled:

The following Workshop has been rescheduled to next year:

All other SETP events are scheduled to take place, however, if anything changes, we will update the membership immediately.

The Farnborough International Air Show in July has been canceled, therefore the SETP Reception hosted by Martin-Baker will not take place this year.

The FTSW Planning Committee has rescheduled the Flight Test Safety Workshop in Denver to 4-6 May 2021 in order to comply with federal and state guidelines to reduce the spread of COVID-19.  We appreciate your understanding as we take prudent action in terms of the health risk, as well as the ability to cancel the venue with no fees.

To that end, if you have already booked your hotel room with the DoubleTree by Hilton Hotel, Denver Tech Center, please cancel your reservation via the confirmation email you received when making it using our group link by “modifying your reservation” or within the Hilton App on your phone if you have this option.  You can also call (303) 779-6161 to cancel your reservation as soon as you are able. You will not incur a cancellation fee. It appears the airlines are also offering ticket cancellations or no-fee changes, so we anticipate attendees can avoid penalties. The Flight Test Safety Committee (FTSC) is disappointed that we cannot interact with the test community during this important Workshop, but we are considering a condensed virtual workshop or webinar in its place. If this is arranged, we will notify you as soon as possible.

Planning still continues for the European FTSW in Oct at the Royal Aeronautical Society in London.

The Flight Test Safety Committee appreciates your understanding and support during this dynamic situation. If you have any questions, please reach out to us at This email address is being protected from spambots. You need JavaScript enabled to view it..