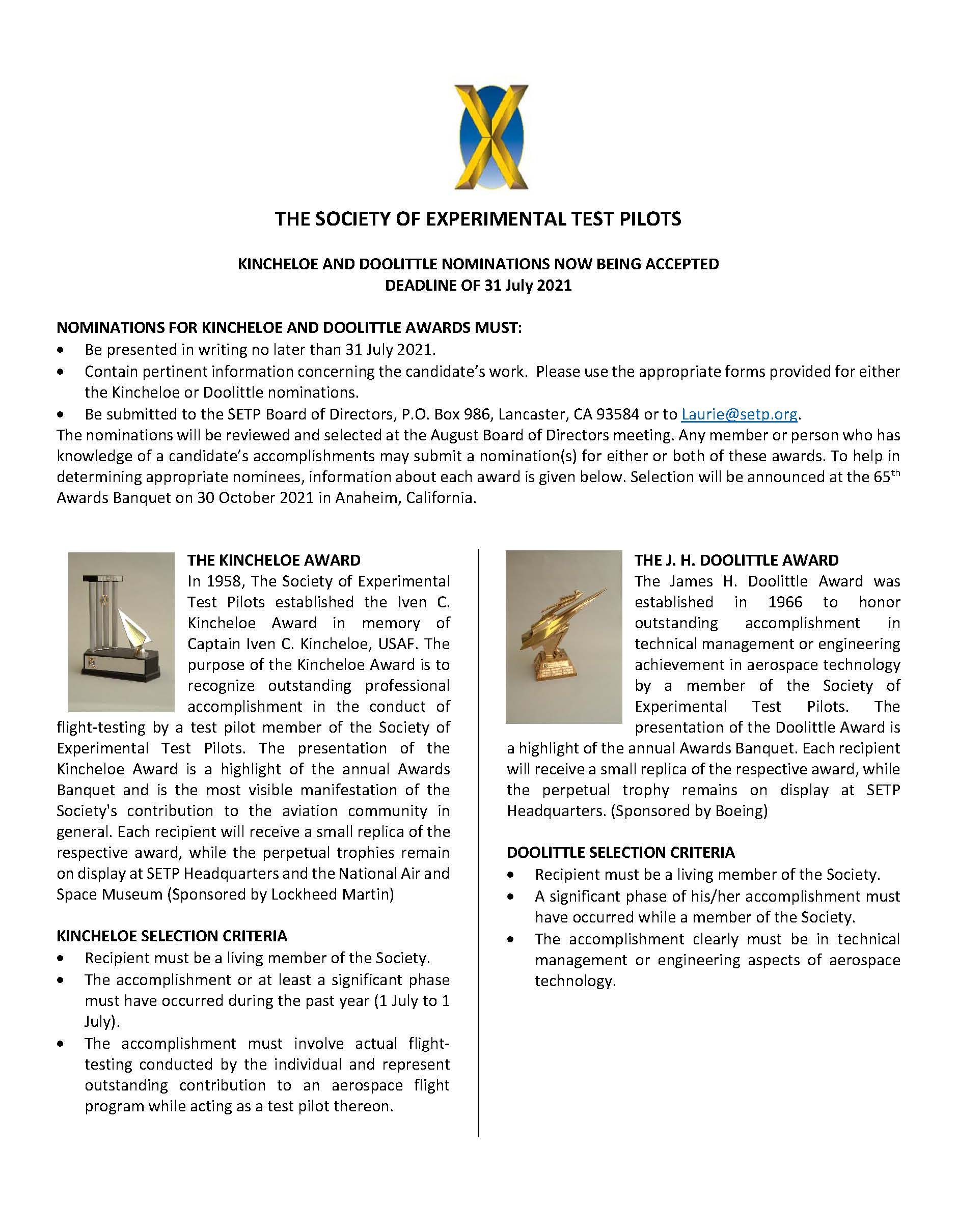 The Society is posting this request for volunteers on behalf of the Flight Test Historical Foundation: We are thrilled to be able to offer our Junior Test Pilot Summer Program at... Read more

For your information the sound recording of A. W. 'Bill' Bedford's historic 1964 lecture on 'The Role of the Test Pilot' (before a very distinguished audience which includes in the post-lecture discussion the voices of Captain Eric Brown, D. P. Davies, Brian Trubshaw, Sir Sydney Camm and Morien Morgan among others) has just been added to the National Aerospace Library Sound Archive - a real 'Who's Who' of aviation personalities and historical subjects -  and is now available to listen to via the Royal Aeronautical Society's SoundCloud web-site (just click on the arrow button to 'Play') :-

The  recording of Bill Bedford's lecture - which I believe will be of particular interest to members of the SETP - has been released alongside a 1969 sound recording of Clayton Knight at aged 78 recalling reminiscences from his life and of his flying career with the U.S. Air Service during the First World War and a recent 2018 lecture by aviation historian Peter Reese on the evolution of British aviation during the interwar years.

All the historic podcasts released via the National Aerospace Library Sound Archive can also now be downloaded for free via iTunes:-

The intention of the National Aerospace Library Sound Archive project is to create a historically significant oral history archive which makes the voices of the past (pilots, engineers, scientists etc.) 'alive' once more to inspire and inform current and future generations and the sound archive has attracted a number of favourable comments / interest via social media.

An online version of  an article  published in the Royal Aeronautical Society's magazine Aerospace December 2017 which reviews the latest developments  with the National Aerospace Library Sound Archive is available via the following web-site:-